The Trinidadian dollar is the official currency of the islands of Trinidad and Tobago. Its symbol is the $ o TT$ to differ it from the United States dollar and other dollars, and it is divided in 100 cents.

The monetary system of Trinidad and Tobago has known a great number of currencies, due to the occupation of the island by the main colonial powers, which came mostly from France, Spain and Great Britain. After landing in the island in Trinidad in 1797, the British found a very basic monetary system without any bank.

The chaotic combination of currencies used caused that the most common form of payment among traders from London and the owners of the fields in the colonies was the value of the products themselves, specifically the sugar. This combination of a barter system with payments in currency was instable and tending to hyperinflation, and led to a number of reformation attempts and to the rationalisation of the payment system.

Nevertheless, it was not until the independence of the African slaves that the introduction of a currency and the establishment of a bank (the Colonial Bank) started to take effect.

The Colonial Bank, set under the Colonial Banking Regulations of 1834, came to solve the monetary situation in the country. One of the main functions of the Bank was issuing banknotes of one sterling pound or higher values.

In 1904 a law was passed to allow “government money”, which were banknotes that could be issued in denominations of 1, 2 and 1.000 dollars in exchange of other gold or silver currencies issued before.

In 1951 a regional currency authority was created, the Caribbean British Currency Council, which granted exclusive rights to member countries to issue banknotes and currencies. From January 1955 coins in circulation were withdrawn and British money was gradually removed.

Between 1954 and 1957 the first British banknotes in the Caribbean appeared in denominations of 1, 2, 5, 10, 20 and 100. This system was maintained during the effort of the West Indies Federation, and two years later, in 1962, Trinidad and Tobago achieved Independence.

In July 1967 all British money as well as coins and banknotes of the Caribbean British Currency Council were no longer of legal tender and were later replaced by local currency issued by the Central Bank of Trinidad and Tobago.

Trinidadian dollar was established in 1964 to replace the British West Indies dollars, with a one to one parity.

Currently, we have banknotes of 1, 5, 10, 20, 50 and 100 Trinidadian dollars in circulation. Discover all about the security measures applied to the banknotes. 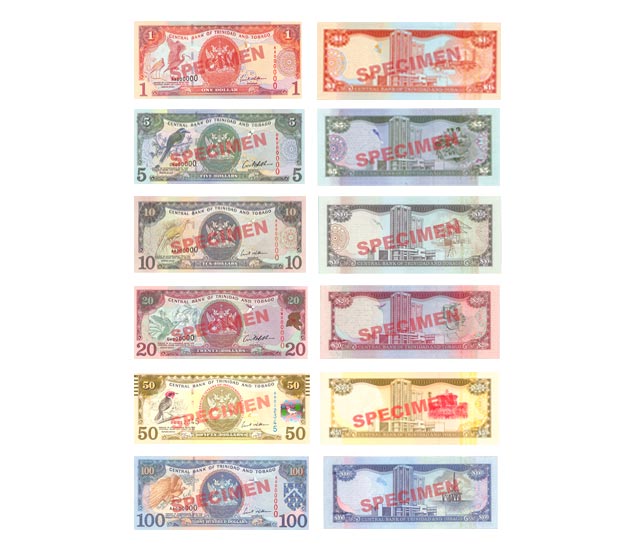 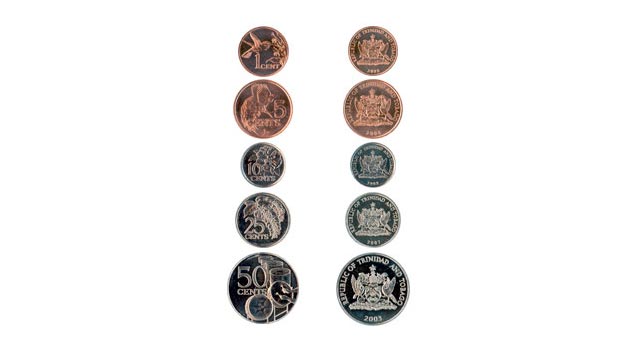