The currency of Japan

The yen is the legal tender in Japan, and after the euro and the US dollar it is the most valued currency in the market.

The word “yen” means “circle” or “round object”. This currency was officially adopted by the Meiji government with the “New Currency Act” of 1871 in the hope of stabilising the monetary situation of the country at the time.

The yen replaced the monetary system of the Tokugawa era, a complex system based on the mon, a copper-based coin. After the devaluation of silver in 1873, the yen lost value compared to the US and Canadian dollars, which had adopted the gold standard. Subsequently, in the year 1897 the yen was scarcely worth 50 US cents. That year, Japan adopted the gold standard and that became the value of the yen. The sen and the rin, also in circulation until then, were removed in 1953. 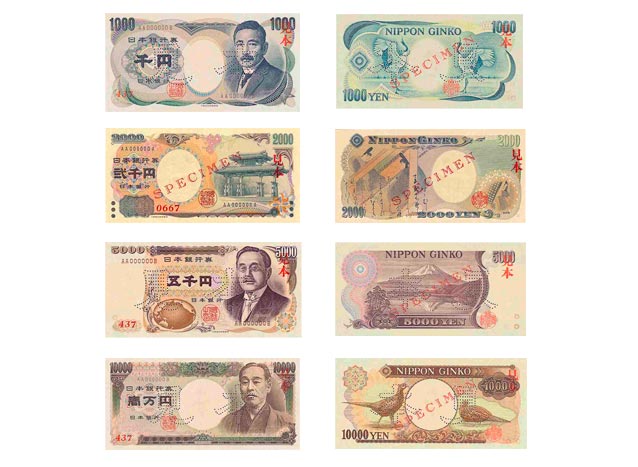 Interesting facts of the Japanese yen